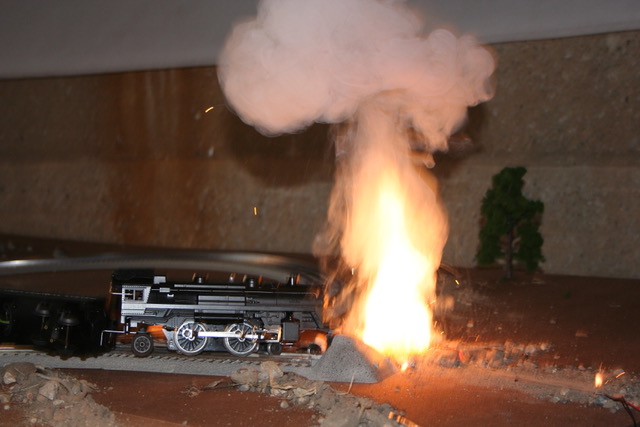 The culture of the Cold War spawned many small laboratories with independent researchers and offshoot government agencies. Free-lance engineers and ESP (extra sensory perception) investigators conducted experiments with plants and tried to use plants’ unique electrical response in espionage, long distance communication, including ways of apprehending terrorists by using plants to sense stress levels of individuals.

Recreating an experiment by Pierre Sauvin, Miya Masaoka connects her houseplants to electrodes, computer and model train set. The activity of the plants will trip a switch on the tracks, forcing the train to derail and crash. Live images from the spy cameras on the model train together with film and video images will be projected in the space.

Musician Damon Holzborn performs with Miya Masaoka in these performances.
Live camera by Mariko Drew.
In collaboration with Smoke Ring, a project created by Josh Tonsfeldt and performed by Aki Sasamoto, and are a re-creation of a middle school science experiment. http://scifun.chem.wisc.edu/WOP/SmokeRings.html