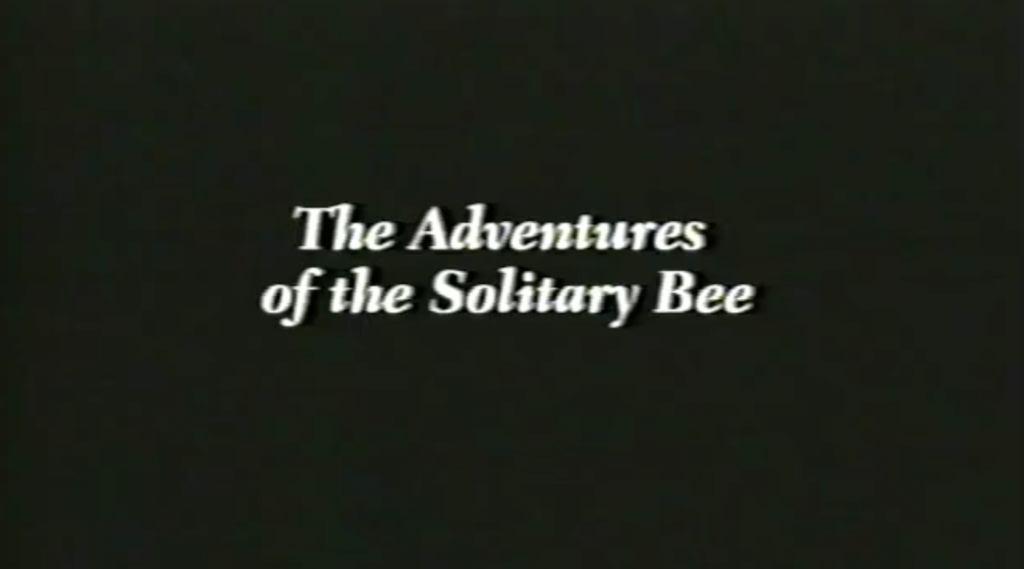 From the notes:  …sounds that strongly resemble white noise and other electronic sounds. Most of the sound and performance pieces were done in real time, with the exception of “Adventures of the Solitary Bee.” In these insect works, she uses her body as a blank canvass for the insects to explore. In “Ritual For Madagascar Hissing Cockroaches,” she gives agency to the insects, as their movements trigger samples of their pre-recorded sounds and contribute to the structure and content to the piece. Around this time in the mid to late nineties, new research revealed the human body’s DNA was 98% the same, and differences such as ethnicity and gender were predominantly socially constructed and insinuated upon bodies. Associated with this idea, was the personal history of the artist, whose parents and relatives along with 120,000 Japanese Americans were put in concentration camps during WW II. Japanese Americans, according to the US government, were defined to be “Japanese” based on a “blood count” of 1/16th Japanese blood.
The first performance with live bees was a part of “Sound Culture,” curated by Ed Osborne in 1996.
“The Bee Projects” included her bee wrangler/professional beekeeper Marc Maas, musician Scot Gresham – Lancaster, and video projections and a demonstration hive of live bees. These were performed at the Lab, a gallery space in San Francisco.